PUBG MOBILE 1.5 IGNITION update is very exciting but some glitches & problems created that users reported. In this update, Erangel has a Tesla Gigafactory & many new vehicles. In the future, there will be Tesla cars in the game.

Below I provide the detail of the most common problems that users reported after the 1.5 IGNITION.

Many users reported that they have not received any update in the Play store for PUBG Mobile. Most of the users received the update. Still, if you did not get the update then you can download the PUBG 1.5 IGNITION update from this link in Play Store. PUBG MOBILE 1.5 IGNITION Update.

Many Users reported that they have very high sensitivity after this update. Sensitivity becomes automatically high & there is no aim in TDM like we are playing without aim assist.

There are also some issues with controls with users. The control setting is fine in the setting option but when we play a classic match Sprint button is too much small & is nearer to the map. When we try to change the controls there is no change.

Jump + Prone is now slightly different from the previous. When you press the Jump & Prone button at the same time there is a nice movement but it is now changed.

Now the crouch is very fast. When you press the crouch button very fastly the movement is too quick.

What should We Do to Solve Issues? 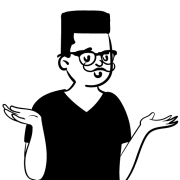 Muhammad Shafique is the Founder & author of Newsypad. He is writing blogs and in the field of blogging for over four years. He always provides knowledge-based content that helps people very much.

During what time can a player substitute?

When did Quaid-e-Azam present his 14 points?

In which country lentils are eaten to celebrate the New Year?